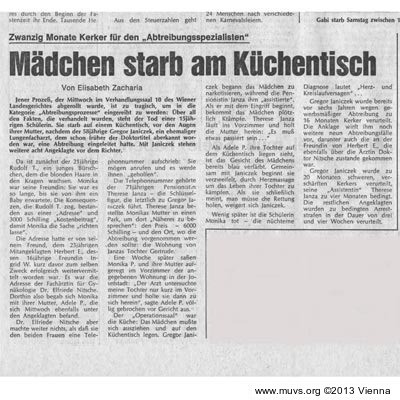 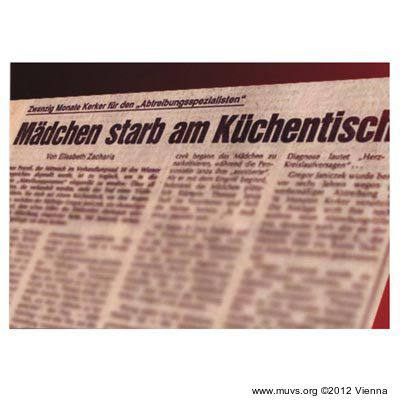 ‘Girl died on kitchen table’: this headline appeared in the Kurier daily newspaper’s 8 March 1973 edition, and the article described an abortion gone wrong. This was just one example of the many events before the legalisation of abortion on 1 January 1975.

At the time, abortions were normally performed by family members or back-alley abortionists who had no medical training and were in constant fear of arrest. The kitchen was, in most cases, the sole location with sufficient light and space. Any instruments handy at the time were employed, as the presence of specialised tools could be a tip-off in the event of a search. Knitting or crocheting needles, bicycle spokes, etc., though they would not arouse suspicion, are too rigid, making them unsuitable for the human body. Their use frequently resulted in serious injury with lifelong consequences or even death.

Motivated by pity or a desire for financial gain, these back-alley abortionists (so called angle-maker) did the best they could under the circumstances to ensure their clients’ survival. At the same time, the state, church and media depicted them as evil and morally deficient criminals.