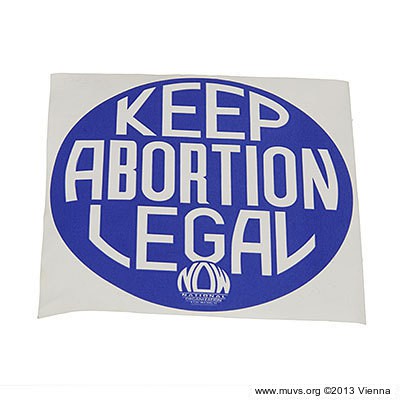 As in every election over the past several years, the subject of abortion was again being hotly discussed in the USA a few months ago: voters of both sexes wanted to know where the candidates stood regarding the right to abortion. Are they for or against Roe v. Wade?

Jane Roe was the pseudonym chosen for a young woman who filed suit against Texas’ ban on abortion in 1970. Henry Wade, the Dallas district attorney, represented the state.

While abortion was illegal in most states of the USA, a large movement intended to change that. It searched for a married couple or single who was willing to bring suit and stand up in court as a kind of representative for all pregnant women. To make this more obvious, the pseudonym Jane Roe, based on ‚John Doe’, was chosen.

Eventually, the class-action suit against the abortion ban went to the Supreme Court. On January 22, 1973, it found that Texas’ abortion law violated the right of women to make their own decisions concerning whether to continue or terminate a pregnancy. Furthermore, abortion bans and other laws are not constitutional if they affect the first trimester of a pregnancy, they are possible to a limited degree only when relevant to the second trimester, and are constitutional for the third trimester only if the pregnant woman’s life or health is not at risk.

The decision affected all states, rather than just Texas. Most other state and federal laws dealing with abortion were deemed unconstitutional violations of a woman’s right to privacy.

In the 30 years that have passed since this verdict, the pendulum has swung in the opposite direction in approximately half the US states: bureaucratic and/or legal obstacles have made access to abortion considerably more difficult.