“A Thin Brush Attached to a Wire” 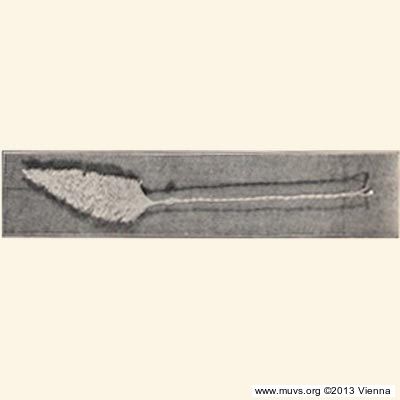 A bottle brush used for abortions was confiscated by the Leipzig police in the 1920s and later presented in the relevant literature. Considering the high number of (illegal) abortions, one must ask why so little creativity was applied to the development of suitable instruments. Instead, women suffered due to the use of makeshift tools: knitting and crochet needles, bicycle spokes, wire clothes hangers and other unsuspicious household items. The situation was completely the opposite with contraception, as a vast number of – more or less effective – methods, devices and instruments have long been available.

The legal situation provides the answer: as long as abortion was illegal and the ‘perpetrators’ were vigorously prosecuted, no specific instruments were produced. Being caught with one would have meant serious trouble, and clearer evidence of ‘guilt’ could hardly be imagined.

The lack of proper instruments made abortions particularly dangerous. Unsuitable tools, insufficient knowledge of anatomy and hygiene, and appalling conditions (e.g. poorly lit kitchen tables and back-alley storerooms without running water) resulted in a high rate of consequences to the women’s health, sometimes even their death.

The description of the brush is from the book “Woman as a Sexual Criminal”, by Dr Erich Wulffen, head of the department of criminal matters, pardons and prisons at Saxony’s Ministry of Justice, 1931