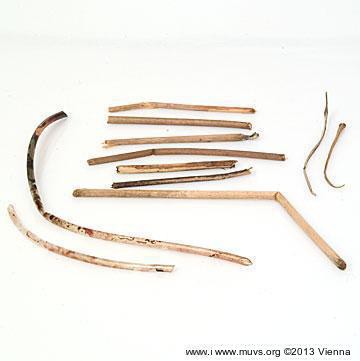 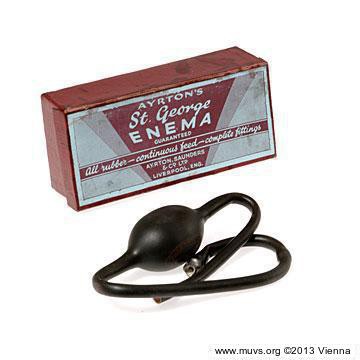 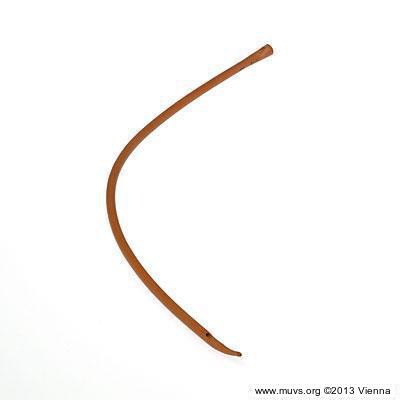 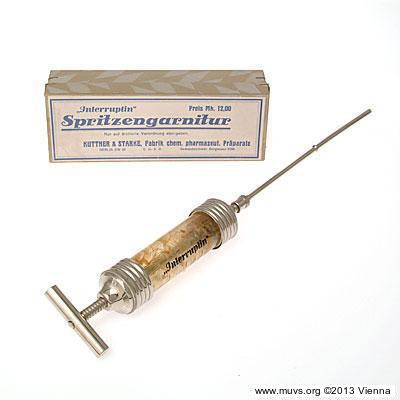 Still women have to take drastic and dangerous measures to stop unwanted pregnancies in countries where abortion is prohibited. In most European countries abortion was illegal up to the last few decades; in some, e.g. Poland, abortion is still illegal.

The most frightening object we have collected so far is a splint of wood, 3,5 inches long and 0,1 inch wide. Using this tool a 20 years old woman in Uganda tried to initiate a miscarriage. She was admitted to a hospital having a progressed purulent inflammation of her uterus – but fortunately still alive. Many others do not reach a hospital in time. Abortion is legally prohibited in Uganda and many other countries and a lot of women do not have access to safe contraception methods.

Have a look at our own past:

„Next day Mr Skeffington went on a business trip and we never saw him again. One morning I heard a crash outside my door. Mrs Skeffington had thrown herself down one flight of stairs, was on the point of flinging herself down a second. ‘Leave me alone,’ she muttered, and before I could stop her, she launched herself into space again. On the landing below she picked herself up, slowly, slowly, gasping and pale. ‘That ought to shift it,’ she said, with an attempt at a smile, and dragged herself, breathing heavily, up the stairs to Rosemary.“