Birth Control in the USA: ‘salami tactics’, or slice by slice 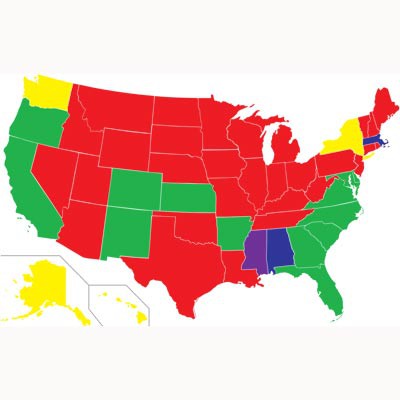 The restrictions that US states are putting in place to undermine the historic legalisation of abortion in 1973 (now widely known as Roe v. Wade) show a great deal of creativity: one or both parents must be informed; one or both parents must provide their consent to a termination; waiting periods between the decision to have an abortion and the actual procedure; an obligation to provide counselling concerning alternatives; insurance not covering the costs; compulsory ultrasound examinations, which include showing the patient the resulting image; etc. At the same time, life is being made so difficult for doctors willing to provide this service that there are absolutely no clinics offering legal abortions in 87 per cent of all US-counties, meaning that some women are forced to travel long distances.

All this is happening in a country where the legal availability of birth control represented a major success in the area of social reform. Emma Goldman, Mary Dennett and Margaret Sanger were the three pioneers who had as early as 1914 called attention to the catastrophic situation of poor women, who were forced to either endure a virtually endless succession of pregnancies and births or resort to do-it-yourself abortions. Information about contraception was virtually unavailable, as its distribution was illegal.

WWI brought about a change: as a result of the alarming spread of STIs among soldiers, the subject of contraception was divorced from moral qualms and became an important public-health issue.

This was followed by legal changes in the 1930s. In 1937, the American Medical Association made contraception a core component of medical school curricula. Somewhat later, the Planned Parenthood Federation of America, founded in 1942, opened a number of family-planning clinics across the country.

After WWII, discussion of abortions, public-sector financing and expanded insurance coverage took off. The fear of unrestrained population growth and its possible consequences, namely food shortages, an increase in pollution and a general drop in the quality of life, breathed new life into the worldwide debate of birth control in the 1960s. In the USA, a number of legal decisions made in the 1960s and ’70s gave all Americans – not only married couples – the right to make their own decisions concerning their fertility. In 1970, bans on contraception were finally removed from state laws that regulated ‘public decency’, also known as ‘blue laws’. In 1973, the Supreme Court made a ruling in the case of Roe v. Wade. The initial euphoria at the liberation from ‘forced motherhood’ and the numerous opportunities for obtaining help with family planning didn’t last very long: the current downward spiral is obvious.