Floating clinic has been helping women for ten years 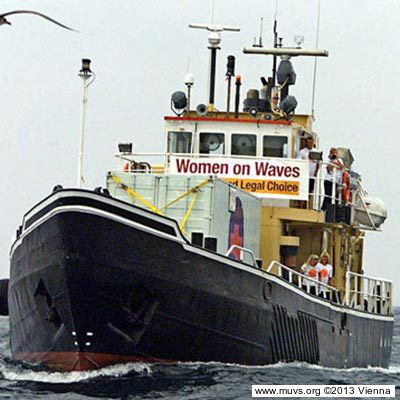 The Dutch charity ‘Women on Waves’, which wants to prevent women around the world from being subjected to illegal and therefore dangerous abortions, often dying from them, has been in existence since 18th May 1999. To achieve its aims, ‘Women on Waves’ provides medically safe abortions on a ship. The not-for-profit organization was set up in May 1999 by doctor Rebecca Gomperts, who had previously worked as a doctor on Greenpeace ships.

‘Women on Waves’ has become known in particular for its high-profile campaigns, in which its floating clinic visits countries where women are denied access to contraceptives and legal abortions. Once the women are on board, the ship then returns to international waters, where the national legislation no longer applied. The organization has also developed striking art projects, has taken part in protests to influence the legal situation, run sex education and medical knowledge workshops and given women advice online about unwanted pregnancies.

Around 25% of the world’s population lives in countries with strict abortion laws, especially in Latin America, Africa and Asia. In some countries, such as Chile, women even receive prison sentences for illegal abortions.