Interview with Wilhelmine Halama on February 1, 2010 at the Museum of Contraception 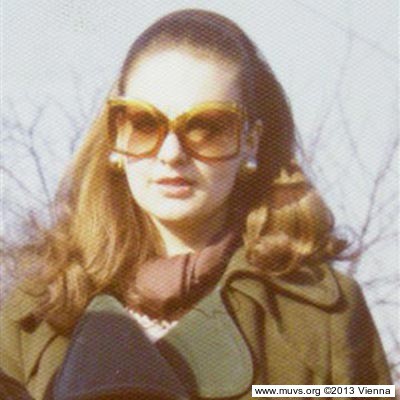 I have a 40 year old son and am glad he exists!

But subsequent to my divorce in 1973 I became pregnant after getting involved with someone who did not have the best of intentions. So I asked my circle of acquaintances if anyone knew of a doctor. At that time abortion was still illegal, so it took three weeks until I had any success. Nonetheless I was still very early on in the pregnancy, having commenced my search right after first missing a menstrual cycle. I got folk medicine advice as well, i.e. to throw myself down the stairs or to drink red wine. I did not try these suggestions out. Others recommended travelling abroad to terminate the pregnancy as many other women had done.

I found out that an abortion would cost 4,000 Austrian Schilling. This was quite a bit of money for me since I only earned a monthly salary of 5,000 Schilling as an employee of a publishing company. I asked my boss for an advance. Apparently he could tell that it was very important because he authorized the advance immediately. I drove all alone with the money to an old community tenement building in the 21st district at the corner of Donaufelderstrasse and Fultonstrasse. I cannot remember the name of the doctor anymore, but he was a general practitioner which really frightened me at first [that he was not a gynecologist, ed.]

After I handed over the money, I was told to come back in an hour and was sent away. As I counted the minutes, fears raced through my mind. What if the money disappeared without any service? I was angry with myself for giving it up without a thought.

But I was fortunate and everything went well. There were probably other patients the hour before and the doctor needed to wait until he could be alone with me. He conducted the abortion without an anaesthetic but with great sensitivity. He explained each single move he made so I could work together with him. After the abortion, I took a cab to my sister to recover. I did not have any complications, but I heard from women who had gone to a different doctor that they did not have such a positive experience. In some cases there were severe injuries and some women even died.

Abortions were common before legalization. My doctor had a good reputation which moves me to conclude that his name got around in this respect. He did three to five abortions a week.

In 1982, a while after the legalization of abortion in 1975, I became pregnant after receiving  hormone treatment and again decided to have an abortion. This time I went to Dr.-, a gynecologist with a practice in the third district. The abortion cost 4,200. ATS and consisted of a vacuum aspiration under short term aneasthesia. Because abortion was legal, the procedure was more professional with Dr.- There was a modern operating room and a designated recovery room. Women came on Saturdays for abortions, not only from Vienna but also from as far away as Vorarlberg and Salzburg. I later worked with this doctor and took care of women after they had undergone the abortion procedure.

I was raised in the district of Leopoldstadt, Vienna and my family is not especially religious. The attitude at home regarding the right to have an abortion was always quite positive. We all knew that my sister had abortions. However, she was not as fortunate as I had been and suffered subsequent to the procedures.

My mother was an active participant in the big public debates around the legalization of abortion that took place in 1974 and 1975, although she was already 67 years old at the time.

Subsequent to my interview at the Museum of Contraception I told my son and step daughter about my abortions. They too responded very positively.