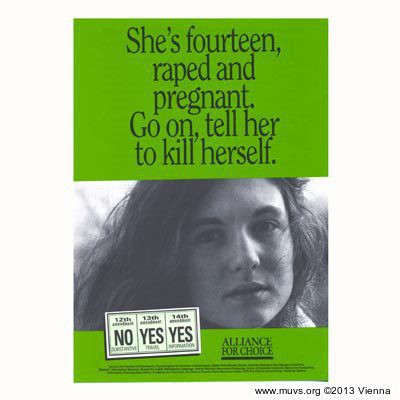 The European Court of Human Rights’ recent ruling has called the situation to our attention once again: Irish women will, in the 21st century, still be subject to the medieval ban on abortion, which forces them to go abroad to obtain this procedure legally. Abortions for medical reasons, for example when the woman is seriously ill or the foetus is severely deformed, are still not permitted there – not to speak of social considerations. Furthermore, women must finance the abortion and travelling expenses themselves, even if a medical condition is involved. As a result, abortions will be performed at a much later stage in the pregnancy, which exacts a greater toll, both psychologically and physically. Only in the event that the pregnancy represents an immediate physical danger, such as in the case of one woman who has cervical cancer, did the European Court order Dublin to permit an abortion.

At the same time, loosening of the restrictions on leaving the country represents an advance: until the late 1950s, selling brochures offering advice relating to pregnancy was not permitted in Ireland if they dealt with contraception. Sale of contraceptives was not legalised not until 1980, and even then extreme restrictions applied. For decades now, an emotional debate has been raging between supporters and opponents of legalising abortion. Extremists among the opponents have even called for preventing women of childbearing age from leaving the country, which would keep them from having abortions abroad. Obtaining the procedure in this way violates Irish law.

The specific case involved a tragic story: a 14-year-old girl became pregnant after being raped by her best friend’s father. With her parents’ help, she had made an appointment for an abortion in Britain. After the police was asked whether saving tissue from the foetus would be useful for DNA analysis and charging the man, she was prevented from leaving the country. A storm of protest ensued. At the very last moment, at an advanced stage in her pregnancy, the Irish Supreme Court ruled that the desperate girl could leave the country to have an abortion (at her own cost).

All this led to an emotionally charged public-opinion poll concerning whether women of childbearing age should be permitted to leave the country at any time, or whether travel restrictions were called for. Fortunately, the majority rejected this inconceivable limitation of women’s rights.

This incident clearly reveals the paternalistic attitudes underlying restrictions on reproductive rights, and also the resultant excesses when ideology dictates that women be treated as less than adults.