Motherhood is a Vocation, and Vocations are Voluntary 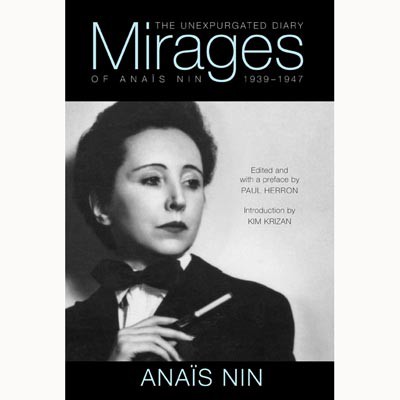 “What was it like?” whispered the woman behind the curtain. She lay in the adjoining bed and was about to have an abortion; the French writer Anaïs Nin (1903-1977), who had just come from having one, was able to describe it. In her diaries, Nin recounted her occasionally stormy love life, and also her experiences, impressions and thoughts during an ‘impossible’ pregnancy.

In April 1934, she consulted an illegal abortionist - which however ended in failure. Nin was still pregnant and later had a miscarriage. She became pregnant again in August 1940, and this time she found a doctor. At the time, common medical practice included anaesthesia, but none was used in her case.

During her recovery, the next patient was being prepared. Nin overheard the other woman speaking with the doctor. In her diary, Nin discusses the injustice of what a woman goes through, which is forced upon her by a patriarchal society, the guilty conscience instilled in her, the existential anxiety, the physical and psychological pain. She writes about the humiliating deceptions and life-threatening risks women face when they decide not to have a child. Nin feels helpless, hunted, condemned: “The abortion is made a humiliation and a crime. Why should it be? Motherhood is a vocation like any other. It should be freely chosen, not imposed on a woman.”