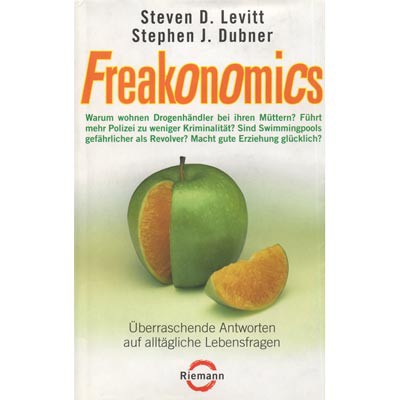 “Perhaps the most dramatic effect of legalized abortion ... was its impact on crime”, write the two authors Levitt and Dubner in their book “Freakonomics: A Rogue Economist Explores the Hidden Side of Everything.” This conclusion was based on their statistical analyses of Romania (1966 to 1989) and the USA (1973 to the 1990s). Due to Romanian dictator Nicolae Ceausescu’s ideology on one hand and due to most US states abortion ban before 1973 on the other hand, an entire generation of unwanted children were born with poor prospects for the future. Levitt and Dubner quote the results of their investigation, according to which the average child born in the initial years after the legalisation of abortion was 50 per cent more likely to live in poverty and 60 per cent more likely to grow up with only one parent. It’s common knowledge that these two factors – childhood poverty and single-parent families – are among the most significant risk factors for future criminality.

And so the authors were able to recognise the connection between the drop in the crime rate and legal abortion, because an entire “generation grew up with no children whose mothers had not wanted to bring a child into the world.” When there’s less unwantedness, there are fewer children that turn to lives of crime. In other words: The legalisation of abortion reduced the crime rate.

Levitt und Dubner are well aware that their findings provoke protest. Accordingly they double-check their findings with the help of additional statistics and finally summarize: “A woman evaluates whether she can care for a child or not. If she can’t she will often choose an abortion if possible.”