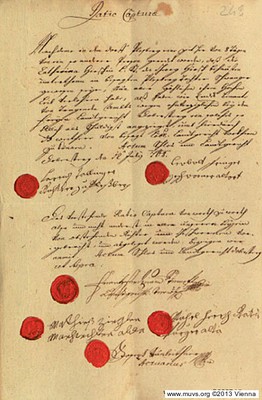 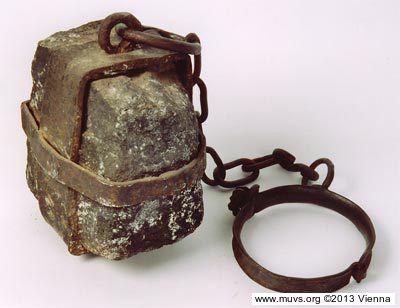 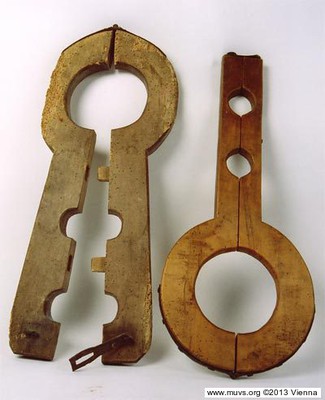 Twenty-four year old Catharina H. was sentenced to three months in neck irons and public labour for the Empire for the crime of concealing pregnancy and childbirth. She got off lightly because the charge of infanticide couldn’t be proven and she stuck to her story even under torture on the rack. On 8th July she had given birth to a stillborn child, wrapped it in a shirt and hastily buried it unnoticed in the living quarters. She had concealed her pregnancy because she was afraid of a getting a beating from her parents.

Two midwives called in to find out the truth confirm that she had been pregnant. The mother and the travelling salesman Franz T., whom Catharina named as the father of the child, were also questioned.

Catharina consistently denied that she had assisted the child’s death: “... that she had pounded hard on the baby’s stomach with her fists, thrown it the air, shaken it forcefully or by other unacceptable means through the introduction of certain drinks on the advice of certain people, and who those people were, occasioned the loss of the child’s life”.

Lastly she was “led to the usual place, and shown the torture equipment. She is put on the rack and questions are fired at her to uncover the truth. But she did not waver: “my story is so true that I could live and die for it”. As no confession could be extracted from her even under torture, on 16 November 1769 “for having concealed her pregnancy and given birth in secret she was condemned to three months in [neck]irons for public labour for the Empire”

Pictures of common instruments of torture help us imagine what convicted women could expect. Thanks to the Zwettl City Archive for their kind permission to use the photos.