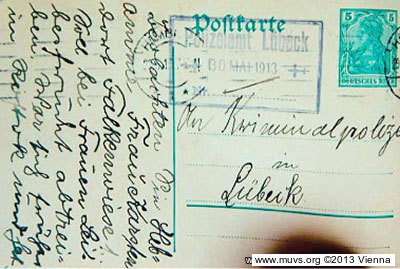 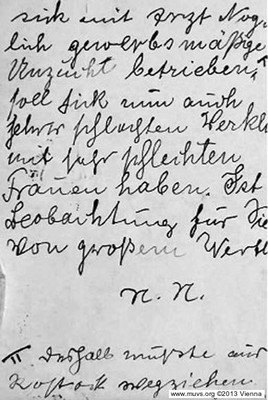 An anonymous report sent to Lübeck Police Station in 1913 reads:

“Watch the midwife Mrs Karsten, at Falkenwiese 1. [She is] supposed to abort fetuses. Was… earlier in Rostock and had … with doctor Noglich whoring for money. [She was] supposed to have very bad relationships with very bad women. Is [these] observations of great value for you. N.N.”

Commentary by Catrin Halves, ‘Lübeck Midwifery around the turn of the century 1889-1914’: Accusing somebody of performing illegal abortions was a common way of taking revenge against a personal enemy. In this case, the police suspected the husband, from whom she had separated. He was suspected of having written the postcard sent to the police, which resulted in police surveillance and an investigation.