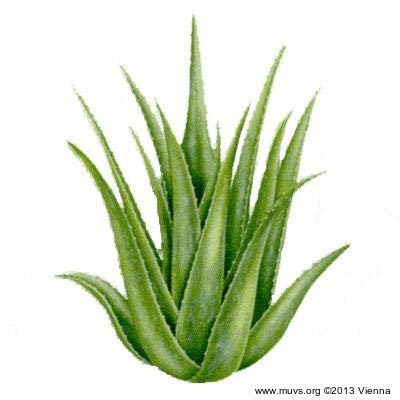 In 1913 a 21-year-old farm girl, Marija P., who was from Krain (in what is today Slovenia) already had one illegitimate child to feed when she found herself pregnant again. The father was butcher’s hand Peter T.

Marija remembered the folk remedy that her friend Josefa Tr. had given her “in case it happened again”: known as ‘Lopatka’, it is a liquid gleaned from the leaves of the aloe plant. When diluted in warm water or in alcohol, it is used in traditional folk medicine as a purgative or abortifacient. A dose of between 0.5 and 1 grams causes abdominal bleeding; 7-10 grams are fatal.

Marija P. drank a nut-sized amount of aloe, which she had fortunately diluted in cold rather than warm water – as the substance is much more soluble in warm water than it is in cold, such a high dose would otherwise have killed her.

Over the next two weeks she kept bleeding from the womb, but she worked on in the vineyard nonetheless, lifting heavily laden baskets and also eating the grapes (which also have a purgative effect).

One evening she loses the foetus on the privy. Because it is dark, she leaves it there, intending to remove it the next morning. But the following morning she is so weak and exhausted that she can’t stand. Her employer learns the reason for Marija’s weak state, fires her and reports her to the police.

When arrested, Marija P. admits having ingested aloe. She had not known how she would care for a second child, and was also afraid of the gossip. Then it only had to be established whether the expulsion of the foetus could be attributed to the aloe or had been brought on by the hard physical labour in the vineyard.

The female foetus, measuring 20 cm in length and weighing 125 g, was examined, and it was concluded that the expulsion of the foetus had been caused solely by the ingestion of the abortifacient and that an offence had therefore been committed.

Marija P. was charged under paragraph 144 of the Austrian Criminal Code for abortion of her own foetus; which in accordance with paragraph 145 of the Criminal Code attracted a penalty of between one and five years. On account of her condition and her difficult financial circumstances,the defendant received only six weeks’ jail time, augmented by a day of fasting and a stress position every fourteenth day. (Bill of Indictment/ ‘Anklageschrift’ Vr III 381/13/12)

We thank Mrs Inge Gartler from the Institute for Austrian Legal History and European Legal Development, Graz, for these case histories.