1915: Maria R., charged with abortion by means of a heavy stone 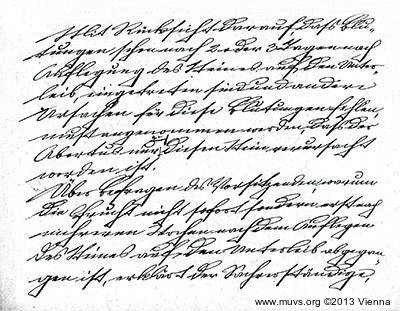 A stone weighing 18 kilograms was the corpus delicti in the criminal case against Maria R. For several evenings, the unmarried Catholic servant girl lay with the stone resting on her abdomen until she felt sick. Immediately after the fourth time she had done this, she began bleeding and started getting strong abdominal and back cramps, until the foetus was expelled a few days later.

Maria R. had been four months pregnant by the labourer Johann S. in Leoben, who had refused to care for the child she had been expecting, because it “had nothing to do with him”. She therefore decided to abort the pregnancy. At the trial, two court physicians and the district doctor from St. Marein who had been called to the defendant attested that resting the stone on her abdomen could have worked as a trauma sufficient to induce contractions. The fact that she had begun bleeding immediately after the last time she had placed the stone on her abdomen was taken as confirmation of the assumption that the stone had brought about the early termination of the pregnancy.

As the situation was so clear, nobody else – such as the man who had got her pregnant – seems to have been interviewed. The defendant was found guilty in accordance with paragraphs 144 and 145. She declined to appeal, saying that she accepted her punishment and wished for it to start immediately. The documents do not tell us the exact sentence handed down to her.