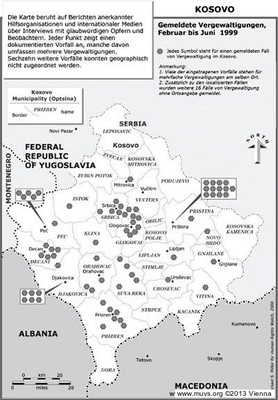 The corpus delicti comprises contraceptive pills and medicines against the most common sexual diseases. Some 60 000 of these ‘post-rape parcels’, a form of emergency aid for rape victims, were distributed to female war victims in refugee camps around Kosovo. The Vatican issued strict moral dictates against this action by the United Nations Population Fund, UNFPA. The Vatican had set it’s sights on the ‘morning-after pills’ contained in the post-rape parcels. .

The Vatican had begun this curious spat about female victims of war in 1992. During the Bosnian war the United Nations had distributed the morning-after pill to hundreds of girls, most of whom were between ten and twelve years of age, in the face of protests from the Vatican – and with lasting consequences: Rome cancelled its member contribution payments to the United Nations Children’s agency, UNICEF.