2007: My grandmother was an angel-maker 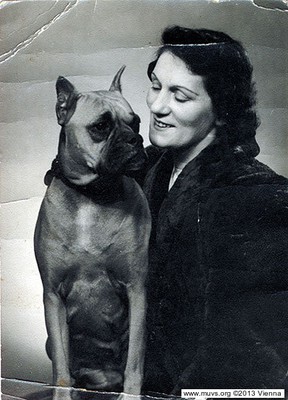 My grandmother was born in 1906. I was born in 1946. When I was six years old and not yet in school, my parents divorced and I went to live with my grandmother and her second husband, my step-grandfather, who was a truck driver. My grandmother was very well turned out, assertive and was then in her mid forties. Originally she had been a seamstress, and was ‘matched’ with her first husband, whose father was the mayor, but the marriage didn’t last. During the war she sold contraband, for which she was once sent to prison, and was also trained as a Red-Cross sister, although this was no equivalent to a qualified nurse.

When I was about seven, my grandmother met the gynaecologist Dr. S. who was a drug-addict (in the family he was called “Dr. Mabuse’, after the popular literary character), who was often in our two-room apartment where he carried out curretages and to have abortions induced. My grandmother assisted him.

When he died, she carried on alone. Women came to the apartment for an abortion and afterwards would lie down in the marital bed until they were able to go home. I remember once peeping through the open door and seeing four women lying in the same bed.

I was about 11 years old when I found out about the abortions. I found it very weird and somehow forbidden. I was scared, because everything always had to be cleared away completely for fear of the police. My grandmother had also taught my mother and I too was to have been taught how when I was 15 or 16, but I wasn’t cut out for it. I was asked to hold a woman’s hand, who had come for an abortion. While I did so, my grandmother introduced the catheter. When embryonic fluid started to come out, I fainted, although there was no blood to be seen.

The abortion business was very lucrative. The family lived very well, was among the first to have its own telephone, a washing machine, a car, a television set… my grandmother liked going to the casino, but she was a careful gambler. She had taken over the flat in 1938. There were still some nice pieces of furniture and a couple of bits of old silverware. Also the apartment already had its own toilet. My grandmother and my mother dressed very over-styled, and came across as though they were better than other people. We were noticed, but people kept their distance. In school nobody had a clue about my grandmother’s ‘business’, but my classmates and friends envied me my clothes, shoes, presents etc.

In an effort to protect themselves from the police, none of the women were allowed to tell their husbands about the intervention or to bring them with them. But they were betrayed nonetheless and the house was searched. My grandmother was also remanded in custody. She was locked up twice, for 18 months each time. Once when I was about 13 or 14. I lived with my father during that time.

At first my mother lived in a nice house that had belonged to Dr. S. For that privilege, she had to care for his disabled daughter, but she didn’t want to do that, and so moved into a shared flat, so she then performed abortions in the women’s homes. This was very lucrative for her too. When I was about 16, my mother and my grandmother both landed up in prison for abortion. Because my mother was “not of the profession”, (she was really a hairdresser), she received a higher sentence, namely two years, which she served out in Schwarzau women’s prison. When she was released the prison governor said to her she would see her again soon. But my mother had her pride, and had a higher level of education than my grandmother, and vowed that she would never end up in prison again. And indeed she never performed abortions again, and instead produced artificial flower arrangements, although she earned much less doing that.

My grandmother was brisk and not empathetic, but was very diligent and knew her stuff. She explained to the women that they must move about lots with the catheter in. When something started to come out, they shouldn’t go to the toilet but on a basin with a little water in it, so that it could be seen clearly whether everything had come out intact. She would call the women up after a catheter had been inserted to ask whether the “raspberry juice” had arrived yet. If necessary, she visited the women at home; if they developed a temperature, she sent them to hospital. My grandmother never had a serious “work accident”. For pain she sometimes gave a thermophore. My mother did once have a woman die of an abdominal infection. She left a husband and several children; my mother offered to marry him, so that he would have somebody to look after the children.

My grandmother bought the catheters in pharmacies, and had several of them, but sometimes had to be very thrifty with them. A knitting needle was put inside the catheter in order to make it stiffer and to guide it in, but the embryonic sac itself was never touched with a knitting needle. First she examined the uterus using a speculum. Plenty of cotton wool had to be packed in around the catheter in order for it to stay in. The instruments were boiled. Alcohol was used to sterilise the operating area.

Who were the clients?

They came of their own accord; there was no advertising of any kind. Many people in the neighbourhood knew about it. My grandmother was friends with some of her regular clients for years.

Sometimes they were very poor women, who worked off the fee for the abortion by cleaning for my grandmother. There was one woman who in a previous pregnancy had brought on a miscarriage by jumping out of the window; she had broken both ankles. Another was a teacher (at the time some schools did not allow teachers to have children of their own). She worked off the fee by giving me extra tuition. When I was nine or ten, we had a girl come to ours who was two or three years older than me. She stayed with us for a few days and she was supposed to play with me. Later I learned that she had been raped and that my grandmother had performed an abortion for her.

Once a woman came all the way from Switzerland: her family owned a restaurant and she was unmarried, and was already very far along. My grandmother inserted the catheter, the woman started getting contractions and gave birth. My grandmother had the mother and baby taken to the hospital so that they could be looked after. My grandmother paid for the christening gown. Later the woman wrote from Switzerland to say how happy she was with her young daughter.

There were also regular clients, such as a nurse, who usually came for an abortion about twice a year. Later there were friends of my mother who came, once a judge’s wife, once also a friend of mine.

In about 1972, another woman came whose pregnancy was clearly visible, but my grandmother sent her away. There was also many ‘Knaus-Ogino cases’ who came to get an abortion.

In 1962, after the death of her second husband, my grandmother married a poultry handler who was deeply in debt. By and by, my grandmother bought back the property he had lost. I went to live with my father. At 18, I got my grandmother’s flat, although I had to pay for the charges. In her later years my grandmother moved to the country, where she cared for elderly people.

The instruments used by my grandmother and mother (mostly Hegar’s dilators)  are still in the cellar, but I don’t have access to it.

My own children also know about my mother’s and grandmother’s abortions. My daughter used to be very negative and intolerant, but now that she’s a qualified nurse she sees things differently, after she too cared for women who had had abortions during her training.

Interview conducted in the rooms of the Museum on 15th October 2007.